Welcoming The Friends of Westerleigh Park to the Web

Ever since Staten Island's inception into New York City, it's always been known as borough of the parks.  Staten Island Website Design is proud to showcase several of the island's green spaces so it's no surprise we're so excited about the launch of Westerleigh Park's website!

Developed in the 1890's, the small yet serene park is a gem among Staten Island's inland north shore community of which the park shares its name.  Originally a hot spot for die hard teetotalers and prohibitionists (Westerleigh's first official name was Prohibition Park), the area was once filled with summer events, concerts, sermons, protests and various other activities with the exception of wine tastings of course!

Today's Westerleigh Park still hosts occasional events and is a nearby and relaxing retreat for community residents.  Because of traffic control, the streets surrounding Westerleigh Park are much quieter than elsewhere in the borough, and the space itself is dotted with older trees.  The handsome Victorians which surround the park, and the quaint gazebo in its center are two of the primary factors that make Westerleigh Park such a peaceful and unique space.

For more information on Westerleigh Park or to learn about events, volunteering and more, click here to visit their website! 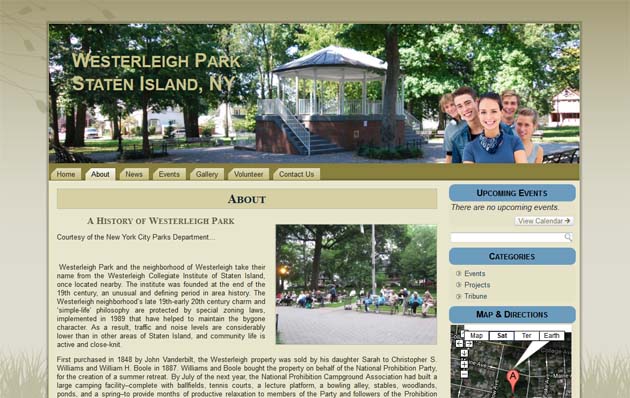